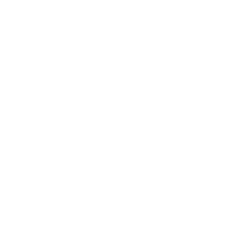 Now, companies are competing to produce models that are able to better deliver the benefits of saunas to their customers. The question facing many consumers right now is between steam saunas vs infrared saunas.

In this article, we’ll take a closer look at the inner workings of steam saunas vs infrared saunas and which one is able to deliver the usual benefits associated with saunas better than the other.

Steam Saunas vs Infrared Saunas: Which is Better?

Both saunas have their upsides and downfalls, let’s start with steam saunas.

Researchers say that steam saunas originated many years ago in Scandinavian regions. Nordic peoples were credited with discovering the use of saunas to alleviate the body’s usual ailments like sore muscles and joint stiffness, among other things that are common to humans.

Saunas are known to help provide a number of other benefits that help improve the overall health of the user in a number of ways.

Steam saunas are the traditional method of sauna use as ancient Nordic bathhouses are known to have included areas where large pots of water were used to produce high levels of steam inside a tightly locked cabin or underground bunker that was ideal for creating a hot, steamy environment that was conducive to making people sweat and expunge harmful toxins from their body.

Although the overall design of steam saunas has changed considerably since that time, the underlying concept of steam saunas remains very much the same as it did thousands of years ago.

Some of the newest models of portable steam saunas offer a highly customized experience that allows users to enjoy the benefits of their sauna from just about anywhere.

Infrared Saunas were developed in recent years by companies looking to expand their technology and offer users a more in-depth sauna experience that targets the body in a more thorough manner than traditional steam saunas.

It operates much in the same way as steam saunas, but without the common risks associated with steam rooms.

Infrared saunas use heat that is transmitted through a series of wavelengths that carry heat and deliver it deep into the skin and muscle tissue of the human body in a way that has not been possible with older steam sauna technology.

According to scientists, infrared heat works to penetrate deep into the body and activate every single cell structure in a way that produces a greater level of heat and encourages the body to sweat and expunge toxins and other unwanted material from the pores.

This fact makes infrared saunas an all-around better and safer option than the older steam saunas.

The health benefits of steam saunas are undeniable and have been evident for many hundreds of years across various cultures in the world.

Steam powered saunas work using heated steam that helps to force the body to sweat and expel any unwanted toxins and other elements from the skin and muscle tissue.

The steam sauna works by trapping heat and moisture on the body’s skin, forcing it to continually sweat in an effort to cool the body’s overall core temperature.

In an enclosed, sealed chamber that is filled with hot steam, the body’s sweat is unable to evaporate and cool the skin, therefore forcing it to continue sweating to a much higher degree than it normally would through exercise.

The healing properties of steam powered saunas act to purge the skin from harmful toxins, as well as the kidneys and liver.

The overall health benefits of infrared saunas are very similar to those offered by steam powered models.

They act to force the body to sweat in an effort to cool down the core temperature, sweating and expelling toxins and unwanted elements in the process.

This, much like the benefits of a steam sauna, can be excellent for mental, physical, and emotional health.

Infrared saunas are able to activate the body’s mitochondrial responses on a much deeper level than steam saunas as infrared is capable of inducing positive circulation.

Research has also shown that infrared light is also able to improve the skin’s overall tone and elasticity, which truly gives many regular sauna users a youthful glow and excellent skin tone.

Many sports medicine professionals have used and recommended infrared heat as a means for improving muscle and joining recovery after minor or moderate injury.

There is also research currently being done that indicates infrared heat is capable of improving the endocrine system and the many glands that are involved with it such as the thyroid, pituitary, pineal, and reproductive glands.

There are some glaring differences that some users must take into account in order to make the best possible decision as to whether or not they will purchase a steam sauna or go with a much newer, more advanced infrared model.

It is no secret that portable steam saunas are much more susceptible to mold and other bacteria growing on the inside of the unit if it is not properly cleaned after each use.

Infrared saunas are also capable of experiencing mold or mildew issues due to excess amounts of sweat that accumulate inside each unit, meaning it also must be properly cleaned out after each session.

Infrared saunas don’t require as much of a thick outer layer to keep heat inside as steam saunas, especially as it relates to portable models.

Both steam and infrared saunas can be fully installed in a short amount of time. With steam saunas, you’ll be dealing with a much wetter overall experience and might require the need for towels and other means to clean up any drippage that can occur.

Individual users should take into account the benefits and anything else that is involved when it comes to steam saunas vs infrared saunas in order to make the best decision as to which version is right for their own personal needs.